Before we dive into this conversation, let’s give the simple answer: Yes, a “Union” celeb can sing on a “Non-Union” concept album because Equity does not have jurisdiction at this phase of the process. If there has been no production, then you are not under the purview of the union. 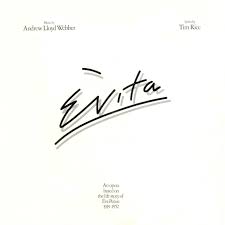 Concept Albums have made a comeback in the past few years with several new musicals releasing World Premiere Recordings in an effort to gain a buzz about their upcoming productions. Taking a page from Sir Andrew Lloyd Webber, whose concept albums of Jesus Christ Superstar and Evita are the stuff of theater legend, music teams are gathering a host of talent and creating brilliant recordings of the current stage of their new scores to share with potential theaters and producers, not to mention, gather fans worldwide.

In 1999, Elton John had a bonafide hit on his hand when he released the Concept Recording of Aida, featuring major talent like James Taylor, Tina Turner, Janet Jackson, Sting, Lenny Kravitz, Shania Twain, Boyz II Men, Spice Girls, and LeAnn Rimes. Also featuring two tracks from future Broadway leading ladies Sherie Rene Scott and Heather Headley, the album went on to be Certified Gold from the RIAA. Before this star-studded recording, Elton John recorded each song as a solo full production demo. Though these tracks have never been officially released, they are readily available on YouTube.

Though he was met with reluctance, our fearless founder Ken Davenport has been advocating for the return of the concept album for years now, citing potential profit earning and especially satisfying customer demand as reasons for the reemergence of the, ahem, concept.

“Objections I’ve heard are, “The cast might not be the same as on Broadway,” (who cares) and, “What if we cut a song?” (who cares – listen to ALW’s Evita).  The bottom line is this . . . when an audience member leaves a musical and has a song in their head . . . they’ll do anything to hear it again to satisfy that musical craving.  And when I say anything, I mean anything (you’re reading a blog from a guy who listened to a cassette bootleg of Rent for weeks.)”

So yes, there are rules for making Cast Albums, but luckily Concept and Demo Albums offer us an opportunity to make a record our work without the headache of extensive production contracts. However, it is always a good idea to have some formality when working with your performers.

TheaterMakers Studio Members should take advantage of the Release Waiver for Demo Recordings in our Sample Document Library when working with performers, Equity or Non!

We hope you’ll share your recordings with our tribe of theaterakers at The TheaterMakers Studio and take advantage of a treasure trove of ideas, resources, and so much more that will help get you to the next stage of production!